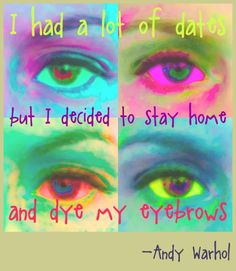 I deleted ALL dating apps and profiles yesterday. I’m over it, and before I begin my tale of my last date from websites, let me explain why. First, I am tired of having conversations with people that I never end up meeting, it’s a waste of my time. Second, I am over going on pointless dates with people who have misrepresented themselves or that I don’t have chemistry with. And lastly, I was listening to the radio this morning and they made a good point. For most people, when you swipe through profiles on the dating apps all you’re looking for is physical attraction, not underlying chemistry and personality. It’s extremely hard to determine if you will have a real connection with someone through a picture.

As I mentioned in a previous blog, I am a firm believer in the charisma factor and that chemistry can evolve and get stronger as you get to know someone. My best relationships were formed by being friends first. I was able to get to know these people on a deeper level and, because of this, a stronger connection formed over time. I find that when you just meet someone and immediately begin to have a romantic relationship with them it’s hard to really connect and know whether they’re right for you or not. I have decided to forgo the dating apps, get out with my girls more often, and find new hobbies and ways of meeting new people. With that being said, I present to you my last online dating story.

Lately, I have found that I have a slight obsession with dating tall men, especially 6’3” and above. Those who have known me for a while know how interesting this new obsession is because for a very long time I was attracted to men who were around 5’9”. The older I get, the more I am enjoying fashion, especially wearing heals and at almost 5’7”, I am about 5’10” with heels. I now love dating men who tower over me, even with heels.

One thing that initially attracted me to this guy was that he is 6’4”. Our “match rate” on OK Cupid was high, and I enjoyed reading his bio on his profile. We seemed to have a lot in common, he was attentive through text messages, and he would text me things like “Good Morning, Beautiful” (which I’m a sucker for). He asked me out to Dave & Busters to have a couple drinks and play games. I love Dave & Busters, so this sounded like a fun date! I was looking forward to it, especially after the date I had been on the night before. He offered to come pick me up, which was sweet especially since I live in South Central Austin and he lives in Hutto, and D&B was in between both of us. I politely declined since I didn’t want to risk him being a creep and knowing where I live.

Friday night arrived and I was getting ready, running a little late as usual, when my phone rang. It was him calling to let me know that he was running late. Wow, he actually picked up the phone and CALLED. Ok, bonus points for him. I finished getting ready and drove to D&B, optimistic about the date ahead. I arrived at our meeting place, just a couple minutes ahead of him, and immediately recognized him as he walked in due to his height. He looked like his profile: tall, handsome, and a nice smile.

We sat down at the bar before heading to the games and ordered a drink so we could talk and get to know one another. The first thing I noticed was that he was very high-energy. I could tell he was nervous, and I was hoping that my calm nature would rub off on him a bit. We talked about the normal stuff: what we do for a living, where we grew up, etc. Then the conversation started to get more interesting. I uncovered that he used to be in the Marines and he had some interesting stories about the time he served. A lot of my guy friends were either in the Marines or the Navy so it was a plus that he would have some common ground with them, should he ever meet them. We kept talking and I was enjoying getting to know him.

That’s when it took a weird turn. Most of the stories he told involved him getting drunk, doing weird things, and making bad decisions. He also mentioned that he just started drinking again 6 months ago after giving it up for nearly 2 ½ years. At first, I didn’t think much of it. I will stop drinking for 1-2 months at a time for no reason other than to cleanse my system and take a break, and I’m far from an alcoholic. As conversation continued, I noticed a very real trend with his drinking. More and more stories were involving him getting drunk and doing stupid shit. The warning signs started to become evident: this guy is an alcoholic. I wasn’t sure how severe, but all the signs were definitely there.

He went on to talk about his family and the large age gap between his oldest brother and himself. They were 12 years apart and didn’t have a strong relationship. His brother is a semi-famous photographer, who actually just toured with my favorite country band from Oklahoma while they were overseas. Then it happened. A hot button topic came up about a recent run in with his brother. My date works for a car dealership, and evidently he had sold his brother a car last year. The car was brand new, little to no miles on it, and in perfect condition when it was sold to the brother. The transmission started malfunctioning and the brother had to keep bringing the car in to get maintenance, eventually leading to needing an whole new transmission. This was a manufacture’s issue, not the dealership, but the brother blamed my date and the dealership and blasted nasty comments about both all over Facebook and social media. They obviously got into a huge fight over this, and my date basically excommunicated his brother. Wow. I didn’t know what to say to this story. Family is important to me, and it was a little intense to find all of this out on the first date. I shrugged it off, changed the subject, and we walked over to start playing the games.

We walked up to the machine that dispenses and loads the playing cards and touched the screen to start. We were talking about which card to purchase when the machine went back to the welcome screen. He got angry and started commenting on how it was “f$@%ed up” that the machine didn’t wait for us longer. Side note- all it takes to get back to where we were is to literally just touch the screen with your finger… That was a little alarming to me but again, I shrugged it off.

I am very competitive, so we played games where we challenged one another. He beat me on all the shooting games and I beat him on all the racing games. I started noticing that every time the card wouldn’t read properly he would yell, “f$@%!” and get legitimately angry. This wasn’t a good sign. Then we went over to the skeeball. He swiped the card through, and the balls began to roll forward. Mine came down fine, but his were stuck halfway down in the machine. He began to forcefully pound on the machine to get them to come down, so forcefully that people were looking at us. The balls finally began to roll down and he stopped, and he admitted that he was hot-tempered and had a tendency to get angry. That was it. I knew right there that I didn’t want to see him again. Hot-temperedness is one of my biggest deal breakers.

I didn’t want to just abruptly end the date and walk away right there, so I asked him how many points we had left on the card and started searching for games that would help us use them pretty quickly. We finished our card and went back up to the bar to close his tab. He walked me to my car and told me that he would like to see me again. I was too chicken to tell him to his face that I didn’t want to go out again, so I just smiled and said, “yeah”, told him I was exhausted, got in my car and went home. I was nervous that if I told him I wasn’t interested to his face he would get angry, and as we were out in the parking lot with no one around, I didn’t want to put myself in a compromising position. Just the week before one of my friends told me a story about how her friend went on a first date, with a guy that she met through a dating website, and he attacked her in the ride share car they were in. Luckily, the driver was there to step in and help her.

The next day he texted to say he had a good time and to ask me out again. I did something I’m not proud of: I ghosted him. I never heard from him again.

6 thoughts on “My Last Online Date”